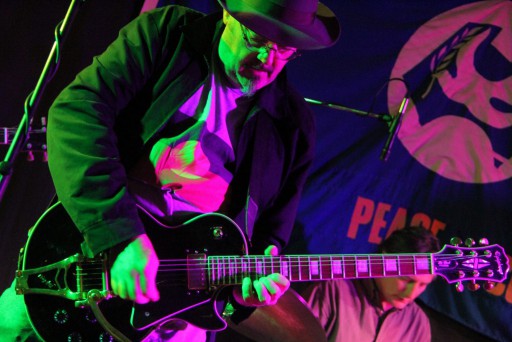 Stuart Day is a composer, songwriter, producer and multi-instrumentalist who has worked in a wide range of musical settings over thirty years. His music has been heard from country pubs and capital cities to the TV screens and theatre stages of the world.

He has composed, performed and recorded music and soundscapes for plays, dance works, installations, documentaries, television, radio and children’s theatre.  Bands he has written for and played in include FAB, Spank You Very Much, Those Kodiaks, The Barkers, Blue Katz, Radics, the Beggars and the South Australian Music Hall of Fame combo. As a writer Stuart has over 300 works registered with APRA (Australasian Performing Right Association).

Stuart has recorded around 40 albums with various groups including the ARIA nominated The Black Joke by The Barkers (contemporary folk -1997). His 1980s band FAB was named one of the 50 most significant S.A. music acts (Sunday Mail 19/ 06/ 05).

Notable national and international engagements include –